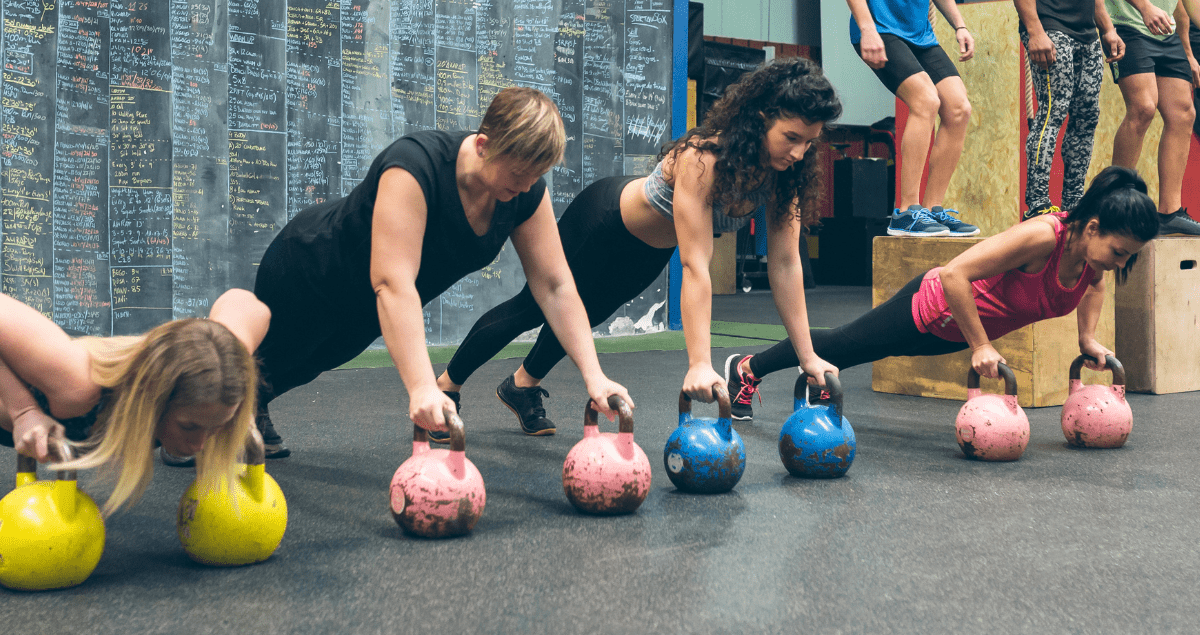 Kettlebell Swings: The Best Workout to Burn Calories in a Short Period

Over the last decade, the fitness industry has seen a surge in the popularity of exercises that the media claim to be the next best thing, ideal for assisting trainers of all levels in getting in peak physical condition. While some of these claims and exercises are somewhat bold, one thing is for sure: they were on point when they stressed the effectiveness of kettlebell swings.

Despite how popular and beneficial kettlebell swings may be, it is undoubtedly one of the most incorrectly performed exercises. The cumulative effect of completing kettlebell swings improperly over time means you are at increased risk of developing a lasting back injury. The spine can suddenly become compromised if it is in an unnatural position, especially while under load.

However, kettlebell swings can be incredibly beneficial. They improve your maximal and explosive strength, according to a study written by PubMed.gov, which is ideal for a carry-over effect to other exercises. Let’s look at how to perform kettlebell swings correctly that you can use as part of a full-body workout to assist you in getting stronger, leaner, and more explosive.

Benefits of Using a Kettlebell

Here is a list of benefits kettlebell swings provide:

Aside from deadlifts, there aren’t many exercises that offer equal satisfaction to kettlebell swings. Mastering the technique can take practice and perseverance; however, once you have learned it, you’ll be pumped at being able to grab the kettlebell and swing it powerfully, like you’ve been doing it for years.

Kettlebell swings offer so much satisfaction, with the bonus that they are an excellent exercise to work off any stress and tension.

Kettlebell swings hit the posterior chain – the muscles on the rear of the body – but more specifically, the glutes, the upper and lower back, and hamstrings.

Regrettably, many trainers focus on predominantly working the muscles visible from the front that gains the most attention, such as the chest, shoulders, biceps, triceps, and quads. However, working the posterior chain is imperative for improved athleticism, posture, stability, and developing a toned butt.

A great benefit of kettlebell swings is that they carry over to lower-body compound movements such as the front squat, barbell row, and Romanian deadlift.

You are lifting much less weight using a kettlebell than you otherwise would in a compound exercise using a barbell; however, doing so allows you to practice your hip hinge – dozens and dozens of times if you wish – per session.

In doing so, you are not only mastering your hip hinge – which will help you in other lifts – you are simultaneously doing a high-volume workout without causing unnecessary stress on your nervous system and joints.

Most muscle groups play a part in kettlebell swings, meaning you can almost work the entire body, which is perfect if you’re short on time. However, If you add some diamond push-ups into your workout, you’ll have trained the entire body in only two exercises.

Most kettlebell workouts will put you through your paces in just 10-15 minutes, and another bonus is that only one kettlebell is needed to achieve this. Gone are the days when you feel you have to spend an hour in the gym to consider it a productive workout.

Kettlebell swings are superb for improving your fitness and burning fat. You don’t necessarily have to be concerned about how much weight you’re moving. Instead, use a moderate weight, aiming for high rep sets of 15-20 in a circuit-style workout, with only 60 seconds of rest between sets.

With just a ten-minute workout, you are getting the whole body involved, thus increasing your heart rate and pumping blood throughout your body, which is highly beneficial in burning fat and improving fitness levels.

Kettlebell swings incorporate the upper and lower body and are considered a compound exercise, which means you utilize many essential muscles in the movement.

However, the muscles used mainly are:

Commonly referred to as your butt – or glutes for short – the gluteus maximus is the largest muscle in the body, ideal for using power to drive the kettlebell up from your hips.

It is essential to increase glute activation by contracting your glutes hard at the top of each rep for maximum return.

Unlike dumbbells, kettlebells can be harder to grip as most come with fat handles; however, your grip and forearm strength will improve dramatically with regular high-rep sets of kettlebell swings.

The hamstring group contains three muscles: semimembranosus, semitendinosus, and biceps femoris. The hamstrings work to extend both your hips and knees.

Many people find generating enough power in the swing a challenge – especially if you are relatively new to this exercise. However, this is where focusing on your deltoids and shoulder muscles will help.

Though most of the power in kettlebell swings comes from your lower body, your upper body also plays a significant part.

Your quadriceps – better known as quads for short – extend your knee, and although they do have a role in swings, it is a somewhat minor one.

While kettlebell swings are considered a hip hinge exercise, it is naive to think the posterior chain takes on all the work. The quadriceps group has four muscles: vastus intermedius, vastus medialis, vastus lateralis, and rectus femoris.

The latissimus dorsi – otherwise known as the lats – is on the side of your upper back that can give one a V-taper look if it has been trained correctly and holds a reasonable amount of muscle. During this exercise, the lats become engaged when you are swinging the weight downwards and are used to keep control of the bell.

When most people hear the word “core,” they immediately think of abdominal muscles (abs), yet they are only one of the muscles that make up your midsection.

The other core muscles are the obliques, rectus abdominis, transverse abdominis, and erector spinae. They all play a fundamental role in stabilizing your spine and stopping your lower back from rounding.

Never underestimate the benefit of a strong core when using kettlebells, as, without one, you would struggle to generate enough force to swing the kettlebell up.

During kettlebell swings, the trapezius and rhomboids stabilize your shoulder, ensuring they go downwards and back. Their job is to depress, retract, and lift your shoulder blades.

How To Do a Kettlebell Swing Correctly

Although most people can swing a kettlebell, it’s essential to learn how to do it properly as you want to have an efficient workout and reduce the risk of injury at the same time.

Your form is key to preventing a lower back injury, so you should be using your glutes and legs to generate force, not your arms and shoulders. At the end of each set, aim to slowly reduce the speed of your swings until you can stop safely, instead of abruptly, which increases the risk of injury. 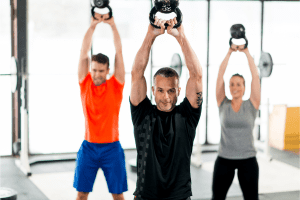 When watching most people do this exercise, they do overhead kettlebell swings, also known as American swings. It’s a style most crossfitters use too. Though extremely common, it isn’t always safe as the lumbar spine is prone to hyperextension.

It’s also risky for those with shoulder issues, as you will need excellent shoulder mobility to execute this style with perfection.

This exercise is much kinder on the back. It involves swinging the weight to shoulder height, allowing you to lift heavier weights without the same shoulder mobility required as American swings. In my opinion, Russian swings are the superior and safer style of the two.

By and large, kettlebell swings are considered safe; however, it’s an exercise that many people do incorrectly, creating more susceptibility to injury and slowing down progress.

I suggest starting with a lighter weight than you think you can lift and ensure your form is perfect before going heavier. Think of it this way: the kettlebell should be heavy enough to challenge you but not heavy enough that you struggle to lift it.

Using Your Arms To Lift

Any momentum to drive the kettlebell up should come from your lower body, not your arms. The only thing your arms should be doing is leading the kettlebell.

If you’re swinging too quickly, much of the focus will be on your upper body and not the lower body, where most of the force generated should come. Always make sure you do your kettlebell swings using proper form.

During the lowering phase of the movement, resist the urge to round your back and shoulders, which may put unnecessary strain on your lower back. To avoid this, focus on keeping your shoulders and upper back muscles rigid to prevent gravity from pulling you down.

Engaging your core throughout the movement is imperative to prevent a lower back injury.

Swinging a kettlebell with proper form in front of your body depends on your hip-hinge movement; however, many people squat instead, but this places more attention on the quadriceps and produces less than optimal power.

Too Much Bending of the Knees 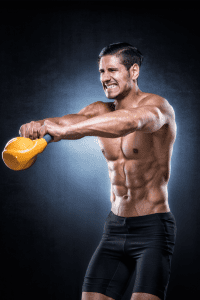 Kettlebell swings are a great exercise and are worth adding to any workout routine. However, you must practice proper form to get the most out of them. They offer many benefits, such as increased strength and power, improved cardiovascular fitness, endurance, and core stability. The best part is they burn lots of calories in a short period as they’re a high-intensity workout yet a very low-impact one.

Give them a try, and let us know what you think!

This article originally appeared on Wealth of Geeks.

5 Cost-saving Ways To Keep Your Pets Healthy and Happy